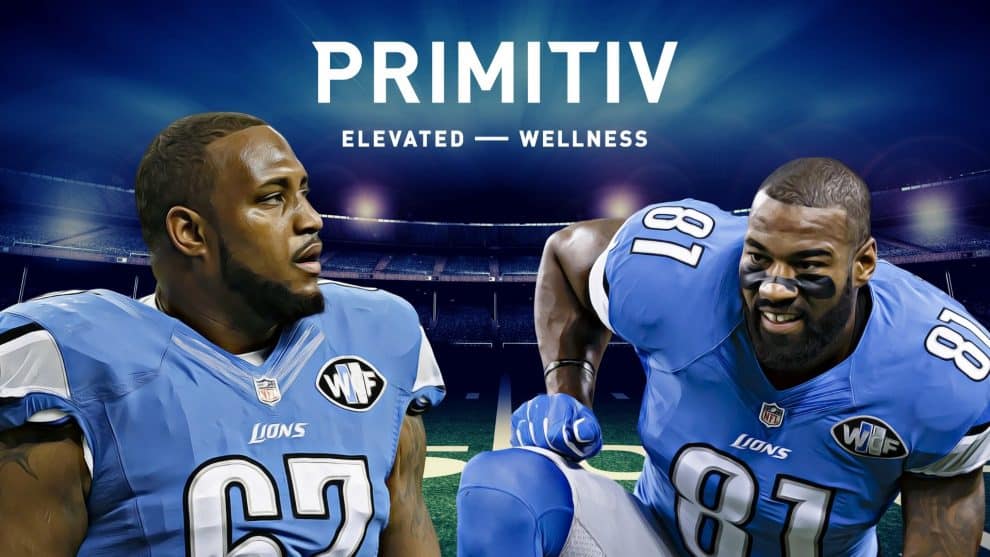 Two former football players have taken up an initiative to find out a natural and non-addictive way to manage pain. Former NFL stars Calvin Johnson, wide receiver in Detroit Lions, and Rob Sims, in the position of an offensive lineman with the Seattle Seahawks and Lions, have collaborated with the Harvard University to study the effect of marijuana on chronic traumatic encephalopathy (CTE) and in managing chronic pain.

Both the players have suffered a lot due to concussions, torn muscles, and, in the case of Johnson, a finger that is eternally grinding “bone on bone”; a majority of the football players are afflicted with such injuries, the pain of which they have to bear all their life. The former teammates have come together to start a new venture called Primitive to grow and sell cannabis as recreational and medicinal products in Michigan.

Sims in an interview spoke as to how did they get the name of their venture, “I just always thought there was an alternative to the opioids and pills, something that came from a more simpler, primitive time. That’s where the name came about.”

How it all started

After the Michigan State legalized recreational marijuana in 2018, Johnson and Sims invested in the cannabis industry to expand their real estate business by growing and selling it themselves. After they were given licenses to retail medical marijuana in 2019 in Detroit, they expanded with two dispensaries coming up in Lansing and Niles in 2020.

Johnson and Sims are true believers in the magic of cannabis for managing pain and other health issues. Johnson unexpectedly retired in 2016, when he was at the peak of his career; he blamed his injuries as the reason for his decision. In 2019, he made headlines when he revealed smoking marijuana after every game to control his pain instead of relying on powerful and easily accessible painkillers. Sims too experienced the same problems, especially after having torn his pectoral muscle in 2008. After having been prescribed opioids in a generous amount, Sims was compelled to for a natural and safer alternative to manage pain, as opioids are addictive.

It was in August 2019 that Primitive announced its partnership with Harvard University to research the health benefits of the marijuana plant. The study will also focus on the effects of treating CTE; a neurodegenerative disease caused due to repeated head injuries, a common health issue encountered by football players. CTE can only be diagnosed after death.

How they are going about their plan

According to a report by ESPN, Johnson and Sims plan to invest a minimum six-figure amount in the research that is going to be conducted by the International Phytomedicines and Medical Cannabis Institute at Harvard. Also, Harvard will be experimenting on the marijuana sourced from the farms owned by the duo. In return, the institute will conduct medical research for Primitive, undertake clinical trials for research regarding CTE and pain management.

The benefits that the study provides Primitive are: