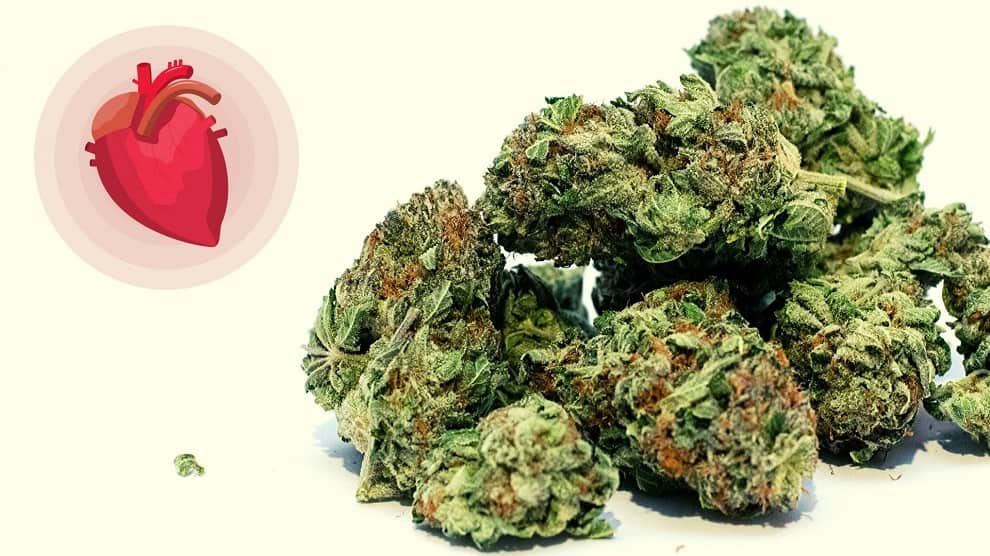 A new fact has surfaced in a recent research paper published in Monday’s Journal of the American College of Cardiology. According to the paper, about 2 million US citizens with heart disease have admitted that marijuana usage is considered to be a potential trigger of heart conditions.

Studies indicate a relation between heart problems and marijuana usage. Some of them are the gold-standard studies, also acknowledged as randomized control trials. According to the report, 36 kinds of researches have indicated that a heart attack is more often than not triggered in patients with cocaine use and marijuana use after a heavy meal. Weed can already have the patient’s heart rate as well the blood pressure rise, and 77.5% of the surveyed people admit to having smoked it.

Scientists are of the opinion that with marijuana use, some similar kinds of issues linked to heart health arise as with smoking cigarettes. Some of the observational studies also prove that the dominant ingredient in weed and tobacco is not the same when smoked, but the cardiotoxic components of both are the same.

Weed smoking usually takes lesser inhales than cigarette smoking, yet the smoke held inside is for a longer period and hence releases more hazardous chemicals, according to the research. Moreover, weed leads to gaining weight which is another potential threat to heart health.

Right now, there aren’t any guidelines that indicate links between heart disease and marijuana. The National Academies of Sciences, Engineering & Medicine in the year 2017 published a paper that looked at this question, but it was ultimately decided that they did not have clear evidence to support the claim.

Scientists are encouraged to have more research done in this regard. Meanwhile, they ask cardiologists to check patients for the drug use history and have a conversation about how much and for long they have used it.

The authors of the papers also suggest doctors to recommend limiting marijuana use to the patients at risk of heart issues. Though the research is not a definitive indication still keeping in mind, these points are considered the wisest option even as the drug garners legalization.

Dr. Karl Watson, a professor of cardiology at the David Geffen School of Medicine, said that

This is something I’ve talked to patients about for a long time. I do a lot of research on pollution and what we see with that is that even at a low level, breathing in anything but air puts you at risk for problems.

University is, however not affiliated with the study. But Watson reveals that he often gets questions about weed from the patients.

There are some reports of heart attacks after smoking, but no systematic study of real good magnitude, but I tell them I can’t endorse it. I don’t think it is good, but we just don’t know how bad it is.