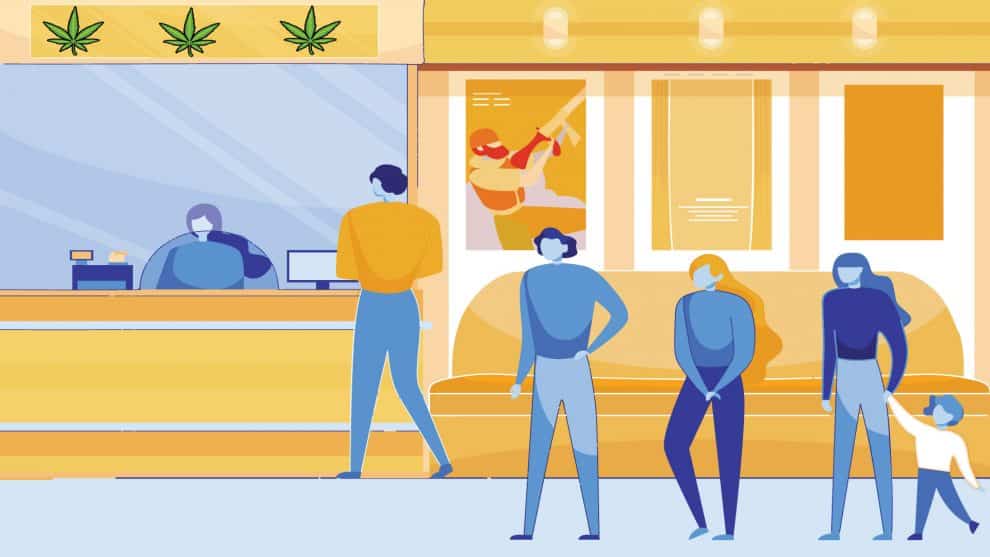 Regardless of the harsh weather, almost 200 people showed up by 9.30 am in front of the shop set up by Greenstone Provisions. Nick St. Onge, who came from Clinton Township, was the first one to stand in Arbor Wellness line before 7 am.

At Greenstone, Daniel Armstrong and Travis Elliot were one of the first customers driving from Angola, Indiana, at 6 am.

As per reports, the length of the queue encompassed around halfway down the block of Arbor Wellness.

The excitement was such that buyers had queued up almost 2 hours before the sale, hoping to be the first ones to purchase marijuana legally, terming this as a historical event.

The first actual sale was made to John Sinclair, a Detroit resident who had faced arrest thrice for dealing with marijuana illegally in the 1960s. This legendary cannabis activist had also faced 10 years imprisonment for giving marijuana to an undercover cop. Following which Yoko Ono and John Lennon headlined a concert in the year 1971 to draw people’s attention to the arrest of Sinclair.

The latter was accompanied by Ryan Basore, who had faced arrest and 3-year imprisonment in West Virginia, for running medical cannabis dispensaries in Lansing at a time when recreational marijuana was illegal.

Now with the legalization, as the sale happened in Arbor Wellness, Greenstone Provisions and Exclusive Brands, the celebration was in order.

A Hungry Howie’s employee, Aaron Bob, was seen happily selling pizzas at $10 to people waiting in line at Exclusive Brands.

As per the ballot proposal, and 21 years old or above person, can buy, sell, use, marijuana; growing 12 plants per person is allowed.