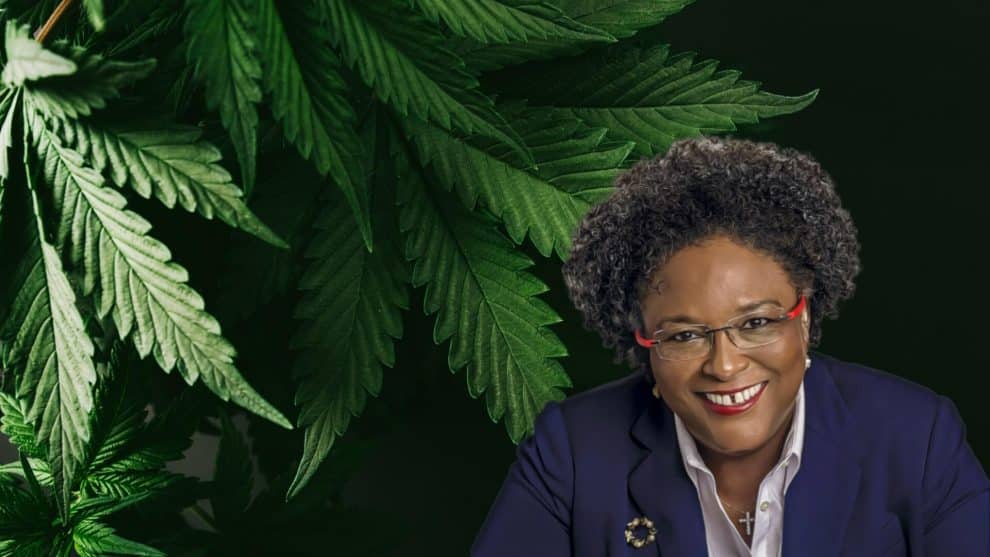 Growing number of states are keen to legalize marijuana for medical use amid its vast benefits in curing various illnesses and symptoms. Many governments argue that it should be legalized for medical and sacramental purposes.

In the list of growing states that have already legalized cannabis, the name of Barbados may soon figure. Despite government’s soft stand on the legalization of marijuana for medical and sacramental purposes, Prime Minister Mia Mottley has asserted that unless and until consent of general population is sought no decision will be made on recreational marijuana.

Mia Mottley who is also the leader of Barbados Labour Party, claimed that political leaders from several parties have already extended their support for complete legalization of marijuana during a debate on Sacramental Cannabis Bill 2019.

Earlier in the Month of August 2019, Barbados proposed legalization to regulate usage of cannabis for medicinal purposes.

Mottley said legalization of medicinal cannabis was mentioned in her party’s election manifesto and her government will seek vote of general public on recreational cannabis.  She also said that leader of Democratic Labour Party or DLP also supports legalization of recreational cannabis. She has said that Barbados Labour Party and opposition parties have discussed about it. And, she claimed that there is a consensus on these issues in the country.

“But in spite of consensus at the political level, our party took a view that as a matter of governance, 30 people sitting in a parliament cannot bind society to fundamental change on certain issues and we would not take action in advance of consulting the people of this country.”

Mottley also highlighted how the Trinidad and Tobago government mooted legalization of marijuana and passed legislation to decriminalize the plant in the absence of any referendum. With this Trinidad and Tobago also joined Jamaica and Antigua and Barbuda which had also legalized marijuana last year.

The PM also stressed that a measured and orderly approach will be taken on the issue of legalization of marijuana amid the large number of cases pending in the criminal courts in the country.