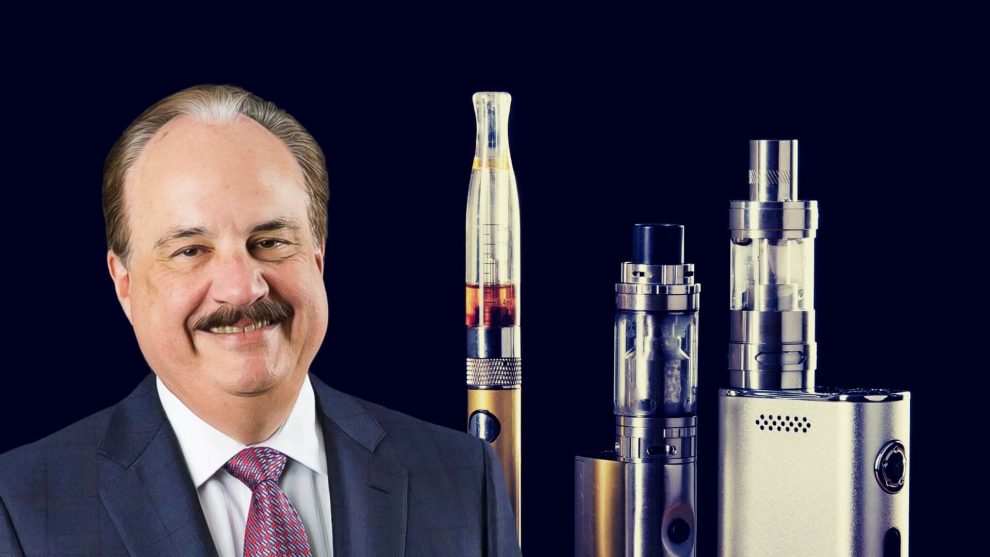 CVS Health CEO Larry Merlo is concerned about the effects of teen vaping on the economy and on health in the long-run.

Scientists in a study at New York University Discovered that vapors from e-cigarette cause lung cancer and could also trigger bladder cancer. The study was performed on mice, which resulted in damage to their DNA. This definitely pointed towards a potential drastic consequence in humans.

“We don’t know the longitudinal effect of these products and something has to be done.”

I saw the device with the Hello Kitty logo and the bubblegum liquid.”

He informed of an inquisition that asked: “What are we doing here?”

The CVS Health CEO brings this rhetoric to provoke concerns around teen vaping phenomena and other related risks amongst health officials.

Data from the Journal of the American Medical Association implies that Juul monopolizes the market of e-cigarettes among teens. The mint pods it makes has been the most prominent flavor among teens. It was also found out that 27.5% of students from high school, whereas 10.5% of 8th graders were currently using e-cigarettes. Over half of them preferred Juul to be their choice in an e-cigarette.

Clearly, the trend of e-cigarettes has endorsed a defective world where teens see vaping as a better alternative to smoking and as extremely necessary. Governments say that this is a teen vaping epidemic. According to the data collected from the surveys, over 5 million teenagers in the U.S. are vaping, and flavored vaping is just adding to the fire.

Merlo informed that his concerns around vaping grew in 2014 when he observed certain alarming signs. Around this time, CVS had also quit selling products based on tobacco through their drug stores.

“Five years later and we see the question raised,” Merlo earlier spoke in a news interview addressing the health officials to reverse the trend of vaping teen-use.

The administration under Trump earlier in September said that they were on the verge of implementing a prohibition over flavored e-cigarettes. Although Trump later refused to approve the plan, given the intense pressure from the advocates and dealers of vaping products who claim that flavors aid the process of eliminating smoking addiction. They asserted that removing flavors will shut down the major vape shops of the cities.

While the decision wasn’t brought on board, some regulators from states and cities are still pushing legislation around banning flavored vaping products.