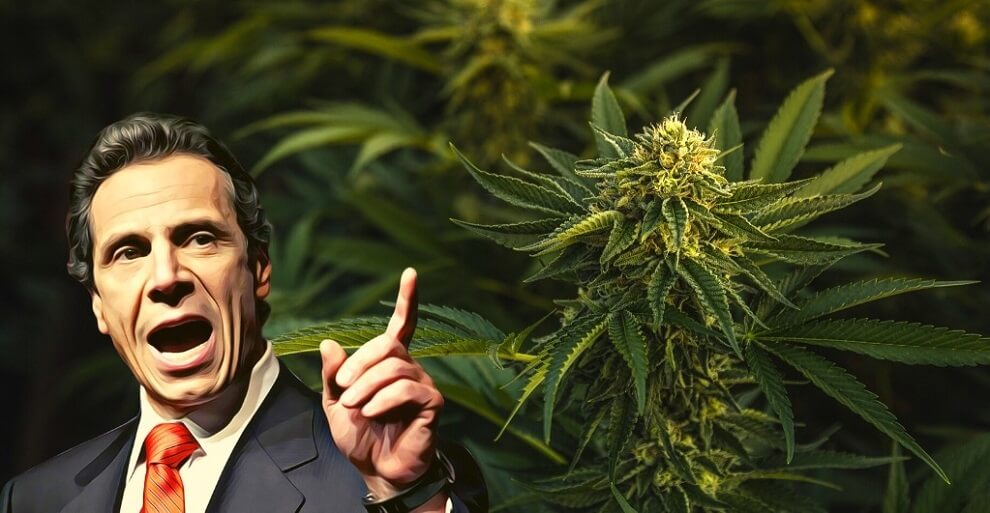 The news may spread a wave of cheer among cannabis supporters as the New York Governor Andrew Cuomo has brightened the opportunities of legalizing recreational marijuana sales this year via the state’s Legislature. Despite the bright prospects, the cannabis businesses are in no hurry to celebrate the news and are treading cautiously as legalization efforts could not produce any fruitful result earlier last year.

If adult-use cannabis sale gets approved in New York City, it will mark a new era for the legal business. The step is likely to create a massive multibillion-dollar recreational cannabis industry and New York City will emerge as the hub.

The market size of the adult-use cannabis will be directly related to the number of licenses provided and business restraints that will be imposed.

Recently, Democrat Cuomo reinvigorated his pledge to legalize the adult-use cannabis industry during his latest State address and in the budget plan, he declared a few days back. Presently, New York has been facing a $6 billion budget gap.

Earlier, efforts to legalize recreational cannabis in 2019 could not reap any dividend as lawmakers could not arrive at a unanimous decision amid conflicting views on details.

The only legislation that I can support will include a statutory commitment of significant resources directed to communities harmed by mass incarceration resulting from the so called war on drugs, and a robust economic and social equity plan for access to the new industry.

This year Cuomo has altered his approach towards the efforts of legalizing recreational cannabis sale. He will establish a new office of cannabis management to achieve specialization in cannabis regulation and create the right structure for adult-use, medical, and hemp programs.

According to experts, the time is perfectly appropriate for New York State to completely legalize recreational cannabis as public support is also available in abundance. When a poll was conducted by Siena College a few days back, it was discovered that a large number of voters are in favor of legalization and the margin is 58 to 38 percent. Reports suggest that this is the highest level registered by Siena to date.

It is worth noting that 11 states and the District of Columbia have already legalized recreational cannabis use. Illinois has already begun the legal sale of cannabis earlier this month.