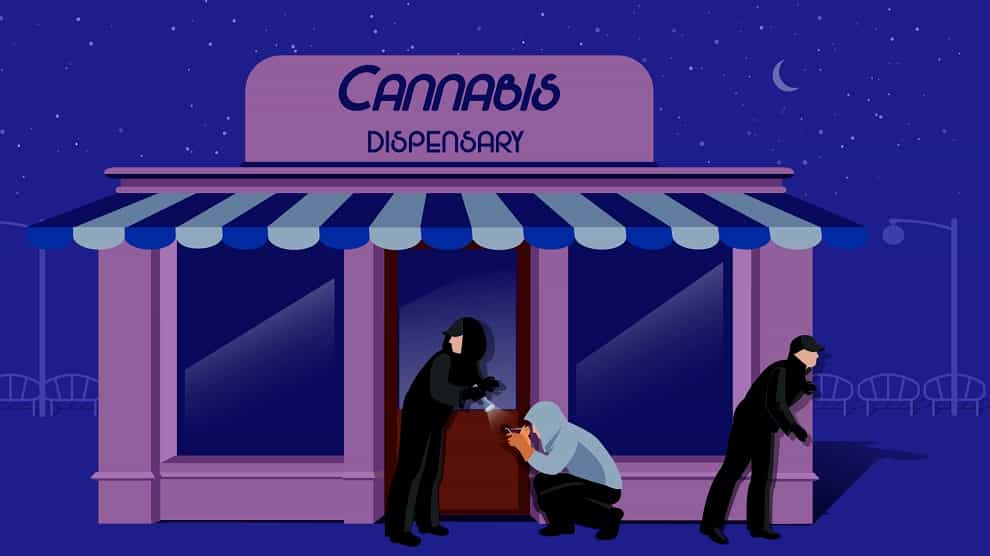 The MOCA Modern Cannabis Dispensary, which sells recreational marijuana in Chicago, has been burglarized. It is located in the Logan Square neighborhood.

At the federal level, the sale of recreational marijuana is still prohibited. Due to this, banks and credit card companies shy away from providing services to such dispensaries. As a result, these dispensaries end up holding large amounts of cash with them. The dispensaries have to put security systems in place as marijuana can be stolen and sold in the black market for a high price. Even then, they will always be a prime target for robbers due to their large cash reserves.

Customers faced a double whammy as marijuana stocks in various dispensaries were already running low due to the overwhelming response to its legalization. After the burglary, the MOCA Modern Cannabis Dispensary said that it would not be able to sell recreational marijuana today.

Several customers were surprised by the news of the burglary as the building housing the dispensary is equipped with many cameras. Medical patients who were prescribed recreational marijuana were left scratching their heads as the low stocks across the state meant that they would have to make do without it. Other customers who only wanted to try it for fun also returned empty-handed and will have to wait for the dispensary to re-open.