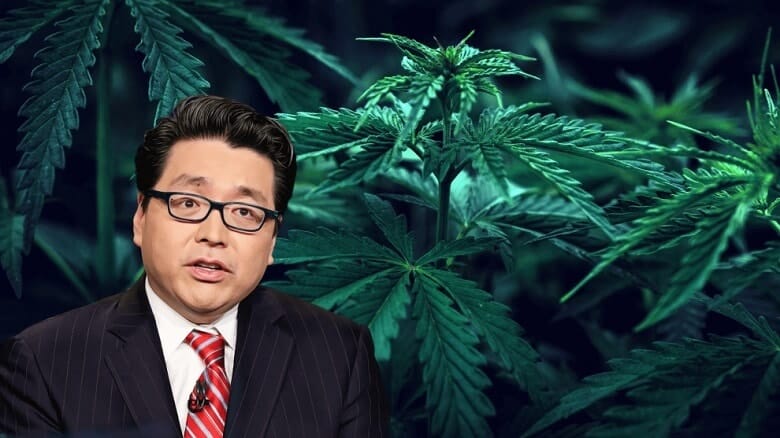 Recently, during the stock sale of marijuana, Tom Lee reminds of two significant market crashes, i.e., Bitcoin and the dotcom bubble in 2018 and early 2000s.

Tom Lee, the managing partner of the Fundstrat Global Advisors, said that the performance of the cannabis sector looks familiar to the craze of bitcoin and heights of the dotcom bubble during the beginning of the century.

Lee mentioned that the industry remembers early business models that are defined as profitless prosperity. He did not clearly say about the bubble explosion in the field of marijuana. He continued that there will be an increasing demand in the future but until it is hard to get the real value properly. It is tough to develop something that generates sustainable returns and equity.

According to some analysts, in 2017, the pot industry was comparable with bitcoin. The digital currency gain popularity and leads to excitement among investors like the marijuana sector. The value of bitcoin increased from $3,600 to $19,000 in 2017. During the year 2018, bitcoin declined entirely and closed with the amount of $4,000. Currently, bitcoin has a market value of more than $130 billion.

After the decline of bitcoin, people expected the growth in cannabis stocks. But, the marijuana sector has fought with the slow rollout of retail stores in Canada and regulations uncertainties in the United States.

In 2018, shares of leading marijuana companies were increased, but at the end of the year, the value declined sharply. The largest publicly traded cannabis company across the world, Canopy Growth, has plunged high to 64% and then fall by 26% in 2019. On the other hand, Tilray is decreased by 75% and Aurora Cannabis by 60% in 2019.

The industry believes in the recent launch of Cannabis 2.0 in which marijuana derivatives include edibles as well as beverages to develop more excitement among investors and generate more sales.