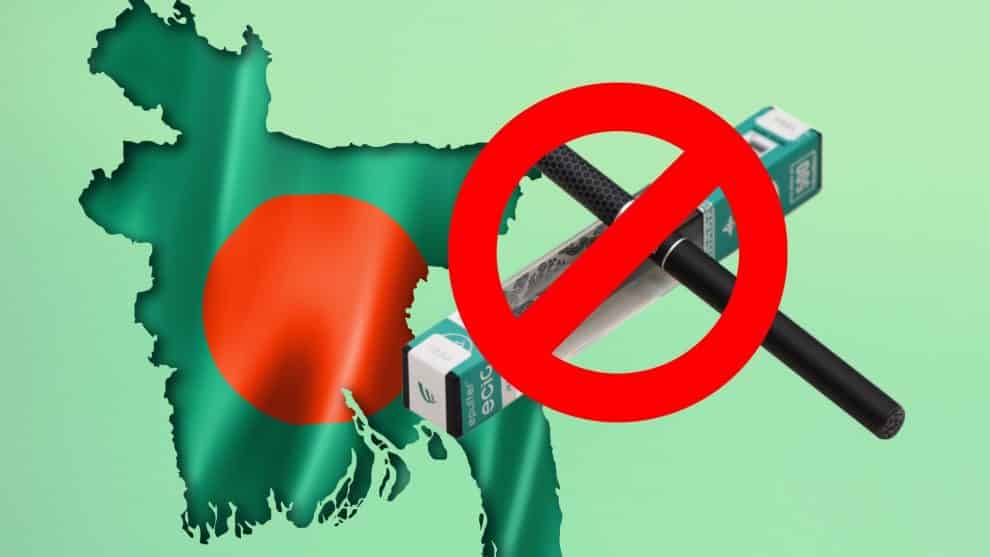 On December 1, 2019, the health official of Bangladesh announced that they are planning to prohibit electronic cigarettes and vaporizers due to health concerns worldwide. Many countries have already banned these products in their countries because of addiction and health risks.

The Secretary at the health education and family welfare division of the Ministry of Health and Family Welfare, Shaikh Yusuf Harun, said that they would ban e-cigarettes and all the vaping tobaccos that are causing health risks by prohibiting its production, import, and sales. The health ministry of Bangladesh considered information related to deaths and illnesses caused by e-cigarettes in the US.

According to the Tobacco Control Policy 2019, electronic vapes and cigarettes will get banned by the government. After that, it will pass to the parliament for approval.

In Bangladesh, e-cigarettes are everywhere, from small streets to e-commerce websites. According to the US health report, 12 deaths and 805 illness cases were reported due to e-cigarettes and vapes. It is very harmful to one’s health.

According to the information received from Euromonitor International, the global market of e-cigarettes in 2018 was worth $15.7 billion. In 2023, it is expected to be more than double monitored in 2018.

Labrador, Quebec, and Newfoundland to Ban the Sale of Cannabis Vape
Asotin County Officials Pledge to Generate Awareness About Side Effects of Vaping