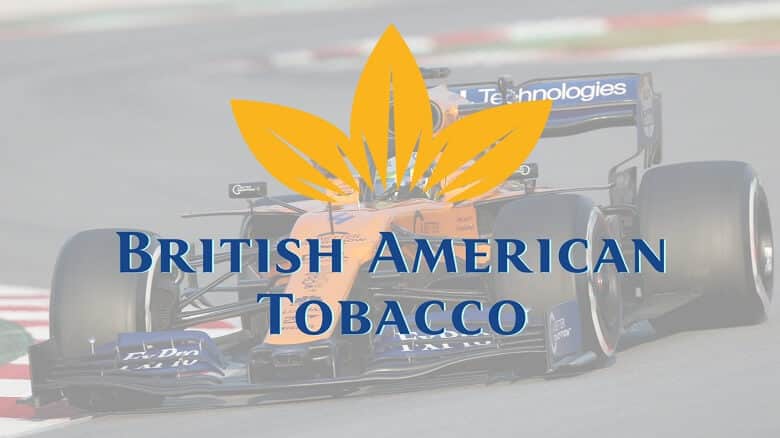 In the midst of the recent controversy on whether tobacco brands should be allowed to enter into the auto-racing circuit again, British American Tobacco Plc. (BAT), is planning to expand its sponsorship of the McLaren Formula One team. The expansion of the sponsorship program is to give an impetus to the alternative cigarette marketing campaign as tobacco brands have remained outside the auto-racing circuit for almost a decade now. The McLaren Formula One team would provide promotional spots on its cars and BAT will become a partner in the team as it has full-fledged plans to enter into the IndyCar competitions in the US.

Lately, McLaren had removed BAT promotional labels from its cars, giving place to Vype and Vuse vaping products. This is because Formula One racing venues had put certain restrictions on tobacco product’s promotion after the World Health Organization asked its member states to restrict the advertisement of these products while hosting or broadcasting sports events. When the European Union had also banned tobacco advertisements in racing events, BAT had exited from Formula One almost a decade back.

BAT said it’s introducing the Vuse vaping brand outside the US this weekend at the Grand Prix in Abu Dhabi. Next year McLaren cars will also display the brand of its Velo oral-nicotine products.

In locations where tobacco marketing has been restricted, advertisements of other brands like convenience store operator ‘7-Eleven’, duty-free retailer ‘Dufry’ have found their spots on McLaren cars. BAT has also modified its advertising strategy from the direct promotion of its products to advertising its slogan ‘A Better Tomorrow’ in China.

The practice of vaping is facing restrictions in US after some sort of mysterious illness broke out, which has been linked to this practice. Due to the backlash in the US, BAT has toned down its promotion and “lowered its outlook for sales growth from new products due to the slowdown in the US.” The enterprise has also invested $4 billion to develop new categories of products in recent years, as various alternatives to tobacco smoking are being developed in this industry.

After restrictions were imposed on tobacco advertising, many companies took to different strategies and entered advertising in racing events through the back door. For instance, Philip Morris International Inc. continued its sponsorship to Scuderia Ferrari but was visibly absent as the company logos were taken off the cars. Few Ferrari cars and uniforms later started to display and promote the ‘Mission Winnow’ slogan. According to Moris, the promotion would draw attention to new initiatives and spark discussions and not advertise any particular product. However, it was prohibited from putting up the slogan in some races. BAT’s shares declined by 1.1% in London this morning though they have gained almost 22% shares in 2019. The company hopes that the expansion of the McLaren sponsorship would bring positive outcomes for it.