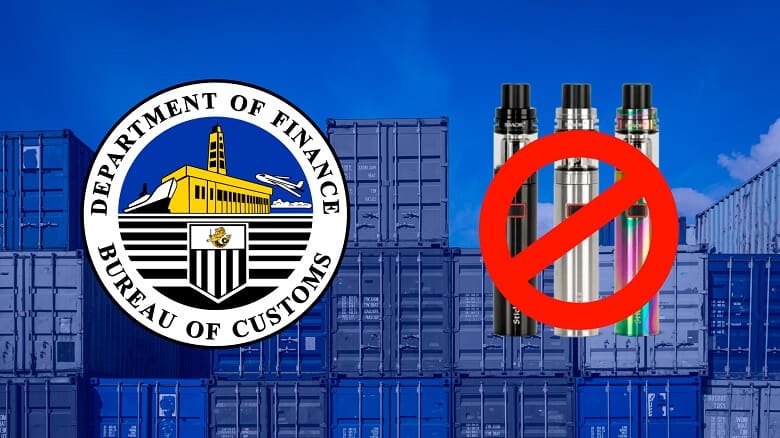 Soon after the current Philippines President Rodrigo Duterte’s ban order, it has been decided that the Bureau of Customs or BOC will leave no stone unturned to block the import of vape products to the country at all the ports.

BOC has issued a directive to its enforcement team on all ports to ensure the implementation of Rodrigo Duterte’s ban order.

According to reports, the Customs Assistant Commissioner Jet Maronilla claimed that BOC has got in touch with the FDA to ensure effective enforcement of the order.

The Bureau of Customs has issued a directive to its Intelligence and Enforcement Groups as well as all our ports of entry to be vigilant and prevent the entry of vape products and its related items.

He said, all the importation of vape products and similar items will be seized with immediate effect by BOC.

Earlier on Tuesday, the country’s president Rodrigo Duterte had issued an order to law enforcers to arrest vape smokers in public. The 16th President of the Philippines had declared a ban on the use of vape and its importation.

The Philippine National Police (PNP) Arrested 3 Vape Smokers in Lucena
How to vape cannabis for beginners?