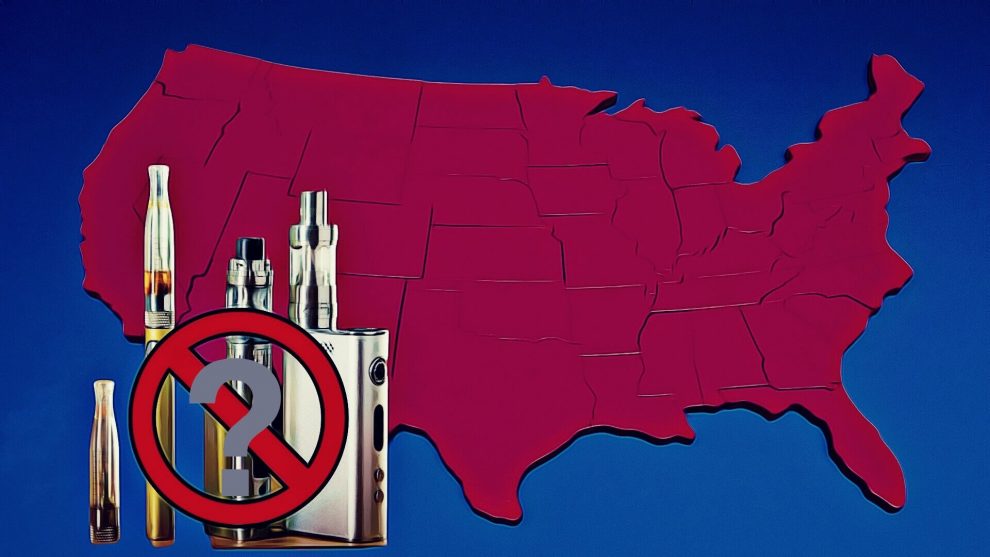 According to the latest reports, Trump administration plans to ban flavored e-cigarettes temporarily in the upcoming weeks. The ban would exclude e-liquids for open tanks, which are commonly used by adults.

An official who chose to remain anonymous, disclosed that the decision was a settlement between officials from the Trump administration- who have been pushing for a comprehensive ban, promised by the President himself in September 2019 and a lobby group representing the vaping industry, whose main concern was the loss of thousands of jobs that the new policy decision would result in.

In a statement given on Wednesday, Harold Wimmer, the National President and CEO of the American Lung Association said that White House’s plan would jeopardize the health of teens, who are addicted to e-cigarettes’ nicotine and would eventually switch to tobacco or menthol-flavored pods quickly, if the sales of these products were to be allowed.

Wimmer further expressed how disturbing it was “to see the results of industry lobbying to undermine public health protections.” Several public health associations, such as the American Academy of Pediatrics, the Tobacco-Free Kids Campaign, and the Truth Initiative, shared similar views.

Scott Gott­lieb, the former commissioner of the Food and Drug Administration, opined that such a decision by the administration would only have a little impact and favors banning all pod-based product offerings, including the tobacco and menthol flavors. He further added that only open-tank products for adults should be sold in the market.

The FDA and the Department of Health and Human Services refused to comment on the issue,  at the moment.